What is tree of heaven?

Ailanthus or tree of heaven (Ailanthus altissima (Mill.) Swingle) is native in eastern China and North Vietnam, where it grows as a natural component of broadleaf forests. The species belongs to the family Simaroubaceae, which includes more than 170 species of pantropical distribution, and which has no genera native to Europe. Starting from the 18th century, Ailanthus was introduced and planted around the world. Because of its decorative leaves, fast growth, resistance to herbivores, and low environmental requirements it was used in horticulture, landscaping, habitat restoration, soil erosion control, and medicinal and chemical industry.

Today, Ailanthus has invaded all continents except Antarctica and is considered one of the worst invasive plant species in Europe and North America. In Europe, it has so far invaded the majority of biogeographic regions, except Alpine and northern Europe.

In the Mediterranean climate, the species is tolerant of climatic extremes such as persistent summer droughts. According to current predictions, climate change is expected to enhance its range expansion. In Croatia, Ailanthus is widespread, but it is particularly dominant in the Mediterranean region.

How to recognize Ailanthus?

Ailanthus is a slender tree, usually up to 10 meters high, but sometimes growing up to 30 m. The bark is smooth and grey, with pale stripes. Leaves are large, up to 1 meter long, composed of 5-52 pairs of leaflets. Leaflets are elongated, ovate at the base, acute at the end, and with a blunt tooth near the base.

Flowers are small, pale yellow-green, and they grow in large panicles. The seeds are enclosed in thin, wing-shaped samaras, green to red in color. A single tree can produce up to 350,000 seeds annually.

Why is Ailanthus an issue?

Ailanthus is a fast-growing, ecologically dominant plant, a successful pioneer of open habitats, including natural habitats of high conservation value, where it is outcompeting native plants and changing the habitat structure. It has high reproduction and dispersal potential: a single mature female tree produces 325,000 winged seeds yearly, which are easily transported by wind and water to great distances.

Once established, Ailanthus grows in dense monocultures. In addition, it produces various herbicidal substances, of which ailanthone is best known. The accumulation of these herbicidal compounds in the soil surrounding Ailanthus stands prevents the growth of native plants and directly and indirectly affects the soil fauna.

In addition to its impact on the biodiversity of natural habitats, Ailanthus can have an economic impact and impact on human health. It commonly grows in cities and other anthropogenic habitats, where its toxic compounds can cause allergic reactions, respiratory problems, skin rashes, and other health problems in local human populations. Its long and aggressive root system can damage infrastructure, including pavements, roads, buildings, and cultural heritage.

In agriculture, especially in the Mediterranean cultures such as olive orchards, vineyards, and fruit orchards, Ailanthus is a resilient and aggressive pest.

Proceed to the project objectives
Previous
Next

Ministry of Economy and Sustainable Development

Institute for Environment and Nature 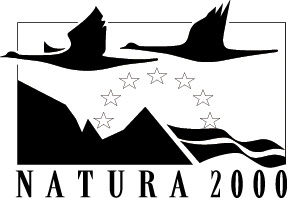 This website uses cookies to enhance your experience while navigating through the website. Of these, cookies that are categorized as needed are stored in your browser because they are necessary for the basic functions of the website to work. We also use third-party cookies to help us analyze and understand how you use this website. These cookies will only be stored in your browser with your consent. You also have the option to unsubscribe from these cookies. But disabling some of these cookies may affect your browsing experience.
Functional

Performance cookies are used to understand and analyze the key performance indexes of the website which helps in delivering a better user experience for the visitors.

Analytical cookies are used to understand how visitors interact with the website. These cookies help provide information on metrics the number of visitors, bounce rate, traffic source, etc.

Advertisement cookies are used to provide visitors with relevant ads and marketing campaigns. These cookies track visitors across websites and collect information to provide customized ads.

Other uncategorized cookies are those that are being analyzed and have not been classified into a category as yet.